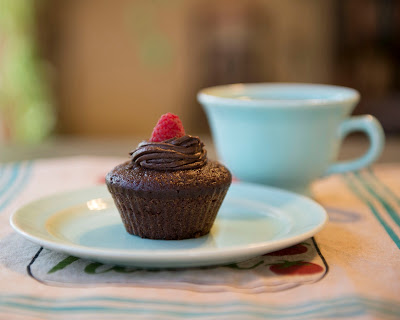 First of all, wow, it is so nice NOT to be blogging from an Ipad mini. It's not good on the eyes, or at least my eyes. I've never had great eye sight. I've worn glasses since second grade. I'm not such a young chick anymore though. I finally gave in and got progressive bifocals last year. So, yeah, the eyes aren't what they used to be.

I'm going to state something obvious here. The great thing about hanging out with like minded people is, well, they are like minded. Usually, I go to a party or some gathering and I'm overwhelmed with food that leaves me feeling heavy and lethargic. Especially since I have cut refined sugars out of my diet and mainly eat a clean diet. Celebrations full of greasy pizza, coolers loaded with sugary sodas, heavily processed meats, meager vegetable trays, and the overly sweet cake loaded with frosting. I can't eat these things anymore. So I may have been overly excited last month when I attended my Crossfit box's potluck to celebrate the end of the 2017 Opens. These are my people. The food was delicious, and whoever brought the paleo chocolate cupcakes is an angel. They were heaven, and I didn't feel like I was going to crash and burn after eating one. 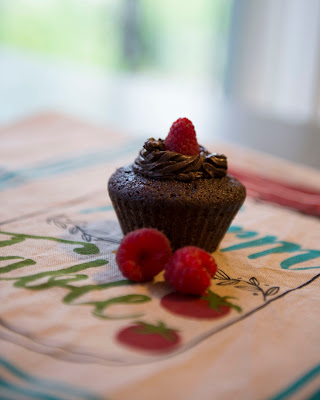 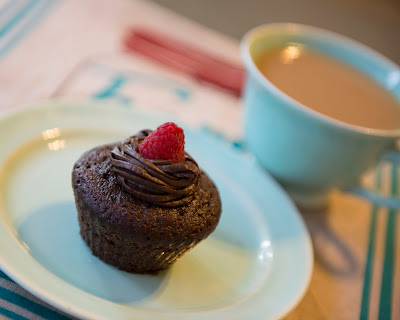 I couldn't head to the gym last night because the kid was running a fever, so I baked up a batch of these cupcakes instead. They use coconut flour, which can be tricky to work with since it soaks up liquids, but this recipe creates a moist cake worthy of any celebration. I used Wholesome organic chocolate frosting on mine simply because I had some on hand, but the next time I bake up a batch of cupcakes I'm going to experiment with a couple cleaner, healthier frosting recipes. Adding a raspberry to the top gives them a festive look and adds a whole other yummy taste experience. Strawberry slices would also be delicious. 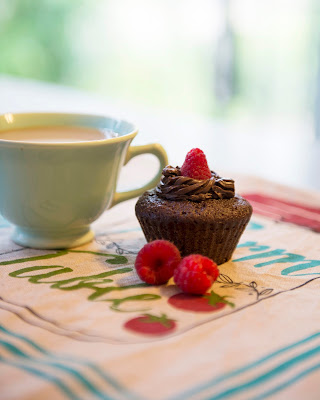 Combine all dry ingredients. Add the wet ingredients and mix well. Let batter sit for a couple minutes then pour into cupcake liners, filling about half way.

Bake for 20 minutes or until a toothpick inserted comes out clean. Cool and frost with desired frosting. Store in tightly sealed container.

Posted by The Hippy Home at 6:04 PM No comments: 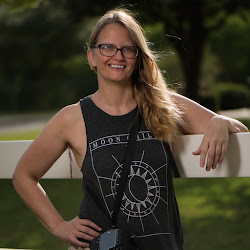 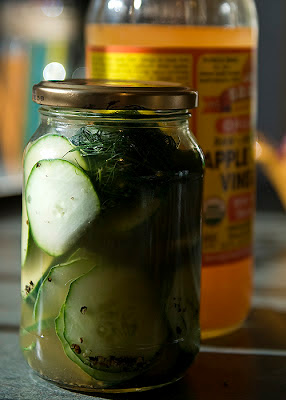